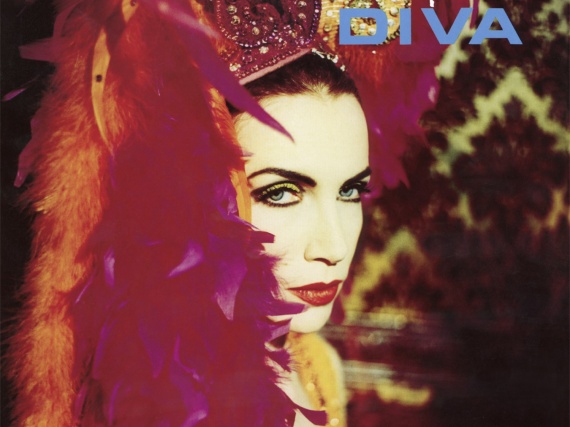 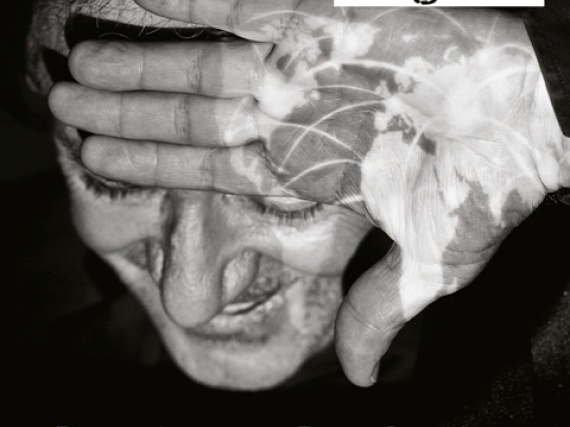 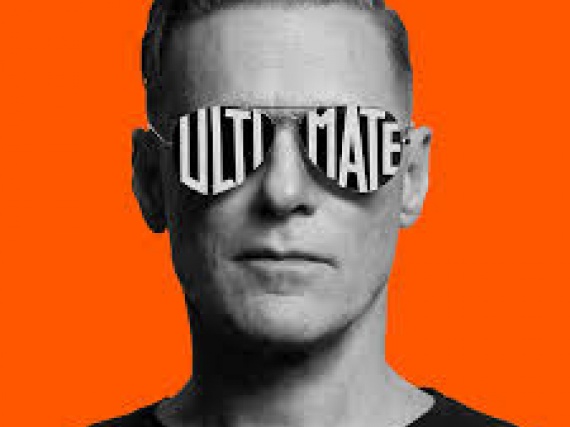 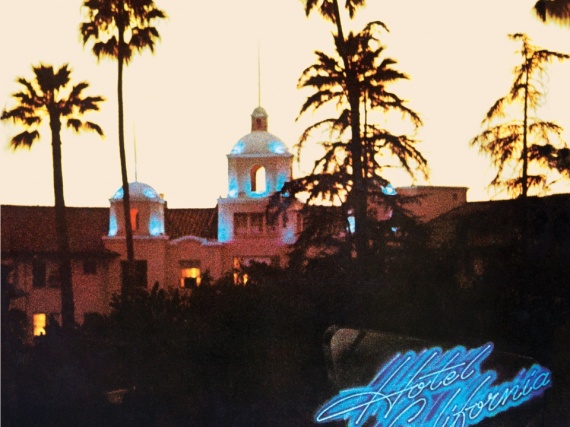 Eagles will release a deluxe edition of their classic Hotel California album to celebrate the record's 40th anniversary.

Even though the hit album was released in December 1976, most of its impact came the following year, when the LP shot to No. 1 and two of its singles -- "New Kid in Town" and the title track -- also topped the chart.

The new reissue -- which is due on Nov. 24 -- includes the album's first-ever remaster plus a disc featuring a concert from the Los Angeles Forum from October 1976, two months before the album's release. A pair of Hotel California tracks, the two No. 1 singles, are the only songs included in the set. The remainder is rounded out by past Eagles hits like "Take It Easy," "Take It to the Limit" and "One of These Nights."

You can see the track listing below.

The "Deluxe Edition" will also include Blu-ray audio with high-resolution stereo and 5.1 mixes. It comes packaged in an 11 x 11 hardbound book featuring rare and previously unpublished photos from the era, a tour book replica and a poster. The 10 live tracks make their debut here and are culled from the band's three-night run at the Forum. 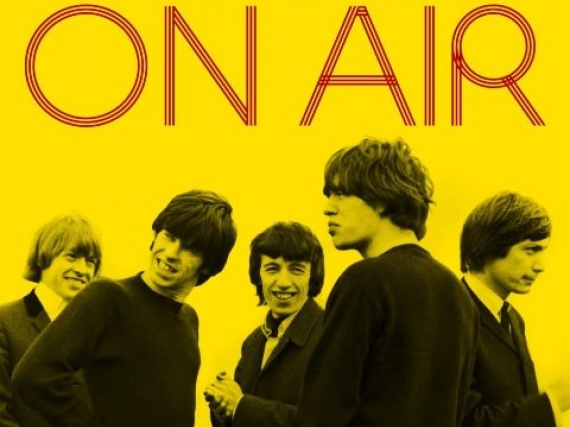 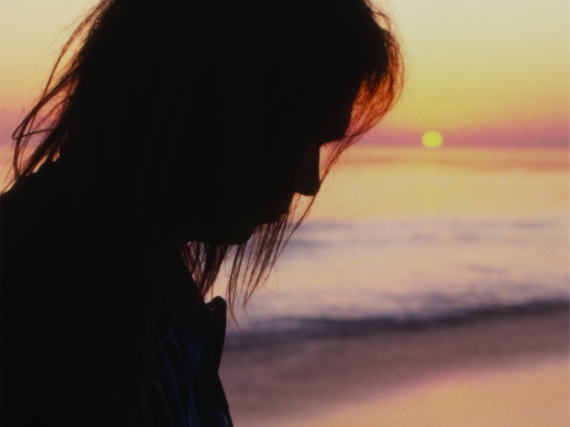 NEIL YOUNG TO RELEASE A GEM FROM HIS ARCHIVES

Neil Young will open his archive and release Hitchhiker, an unreleased new studio album. The release date is August 4, 2017 on Reprise Records – it will be available on vinyl, CD and digitally. The 10-track acoustic solo album was recorded in Malibu, CA at Indigo Studio in 1976. The original session was produced by Young’s long-time studio collaborator David Briggs. Pre-order for Hitchhiker begins today. Go here for details: https://wbr.ec/hitchhiker

Recorded between Zuma and American Stars and Bars as a solo album in a single session, the resultant performances are truly breathtaking and passionate. The simplicity of a single voice and guitar captured here is as pure and powerful as it gets, with only Young, Briggs and actor Dean Stockwell in the room at the time of recording. A few of the songs would not appear on vinyl until years later. Some have never been heard, included in the original sessions for Neil Young and Crazy Horse’s Dume, another unreleased record of original sessions that yielded the classic album, Zuma. When the Hitchhiker album was recorded, none of the included songs had ever been released and many of the performances of the songs were the first ever. This is truly an album of original performances.

HIS FIRST EVER SOLO CAREER-SPANNING ANTHOLOGY

CD, Vinyl, And Digital Versions Will Be Available From Rhino On September 22

Brian Wilson’s eponymous solo debut for Sire in 1988 launched an extended period of renewal for the iconic Beach Boys songwriter. Rhino revisits Wilson’s solo career with a new 18-song collection that mixes studio and live recordings with two previously unreleased tracks: “Run James Run,” a new song Wilson wrote and recorded for this collection, and “Some Sweet Day,” an unreleased gem he wrote with Andy Paley in the early 1990s for an unfinished recording project.

PLAYBACK: THE BRIAN WILSON ANTHOLOGY covers more than 30 years of music with selections from nine of Wilson’s solo albums and will be released September 22 on CD ($13.98), double-LP ($31.98), on digital download and streaming services. Tickets are also available now to see Wilson perform live as he continues the Pet Sounds 50th Anniversary Final Performances World Tour, which was recently extended due to overwhelming demand.

The collection opens with “Love And Mercy,” one of the four songs on PLAYBACK taken from Wilson’s self-titled debut. The song has become one of Wilson’s most beloved classics, a regular closer to his live concerts, and was adopted as the title of the acclaimed 2015 biopic that saw the Beach Boy memorably played by both Paul Dano and John Cusack.

Several tracks on PLAYBACK come from the two albums Wilson released in 2004: Gettin’ In Over My Head and the Grammy®-winning Brian Wilson Presents Smile. The most poignant of these is “Soul Searchin’,” a song Wilson built around a vocal track left behind by his brother Carl, who passed away in 1998. The celebrated orchestral masterpiece, Smile is represented by “Heroes And Villains”, and the timeless classic, “Surf’s Up.”

Those back-to-back releases ushered in a sustained burst of creativity for Wilson that includes four acclaimed albums. They’re represented on the collection by “Midnight’s Another Day” (That Lucky Old Sun, 2008); “The Like In I Love You” (Brian Wilson Reimagines Gershwin, 2010); “Colors Of The Wind” (In The Key Of Disney, 2011); and “One Kind Of Love” (No Pier Pressure, 2015.)

Tucked in with these studio classics are two live performances from Wilson’s 2000 concert recording, Live At The Roxy Theatre. Included here are “The First Time” and “This Isn’t Love,” a charming collaboration with Wilson’s Pet Sounds lyricist Tony Asher.

PLAYBACK: THE BRIAN WILSON ANTHOLOGY includes a selection of classic photos from throughout Wilson’s solo career, in addition to a candid shot taken in the studio in 2017 during the recording of “Run James Run.” The album also includes liner notes by David Wild, and features a previously unseen picture of Wilson on the front cover, taken by legendary rock photographer Robert Matheu. 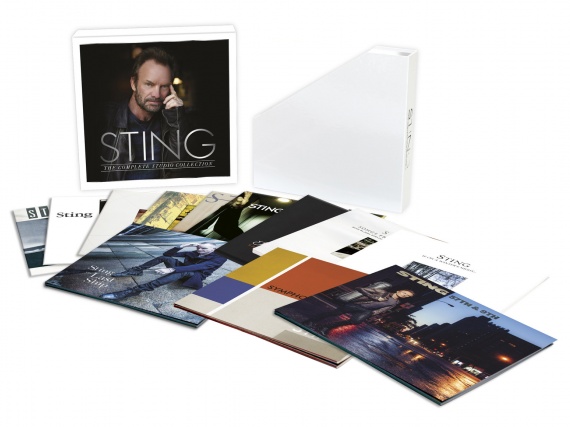 Book: Photographs by The Edge – collection of never seen before personal photographs from the original Mojave Desert sessions in 1986 in a hardback book, with foreword written by The Edge.

Plus: Folio of 8 Anton Corbijn Color Prints from 1987

Book: Photographs by The Edge, a hardback collection of previously unpublished personal photographs from the original Mojave Desert sessions in 1986. Foreword by The Edge.