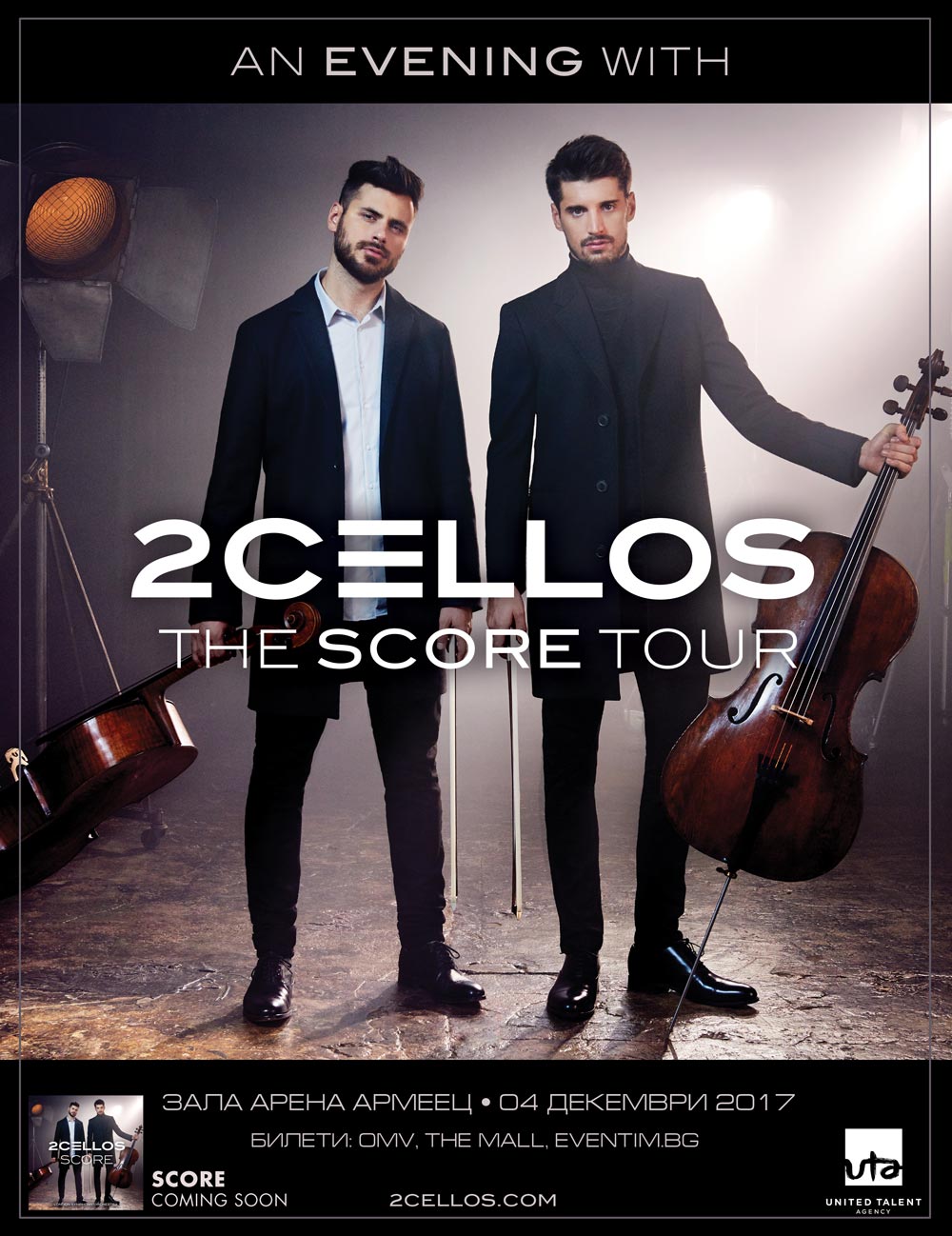 2Cellos is a Croatian virtuoso cello duo, consisting of Luka Šulić and Stjepan Hauser. Signed to Sony Masterworks since 12 April 2011, the two were discovered after uploading a music video of their cello-only cover of Michael Jackson's 'Smooth Criminal' to YouTube.

Šulić, born in Maribor, SR Slovenia (now Slovenia)and Hauser, born in Pula, SR Croatia (now Croatia), both classically trained musicians, met at a master class in Croatia while still in their teens. Šulić—the younger of the two by a year— attended the Academy of Music in Zagreb, and then studied in Vienna. Šulić later entered London's Royal Academy of Music. Hauser attended the Royal Northern College of Music in Manchester, after completing his studies at Trinity College in London.

The duo rose to fame after their cover of 'Smooth Criminal' became a hit on YouTube, receiving over three million views in the first two weeks and over ten million views in all. The creation of the music video was prompted by the cellists' financial difficulties, despite their musical success in the UK. The duo met in Pula, where one of Hauser's friends, a director, proposed that they try the pop music market by creating a video to 'Smooth Criminal.' The video, originally posted on 20 January 2011, features Šulić and Hauser facing off alone in a large white room, playing Jackson's tune. In fact, before they became partners, the two cellists were sometimes considered rivals, competing against each other in music contests.