“As soon as I got a microphone in my hand, when I was about 14, I realised I wanted to do this,” she says 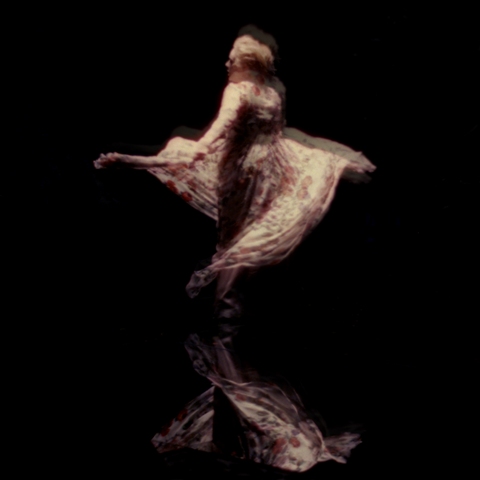 “As soon as I got a microphone in my hand, when I was about 14, I realised I wanted to do this,” she says. “Most people don’t like the way their voice sounds when it’s recorded. I was just so excited by the whole thing that I wasn’t bothered what it sounded like.”

A fan of such diverse artists as Jill Scott, Etta James, Billy Bragg, Peggy Lee, Jeff Buckley and The Cure, Adele’s soul-tinged songs of love’s lost and memories made are set to resonate with all who hear them.

“I’ve got no problem explaining what my lyrics are about,” ADELE says. “I really like poetry: I’m not very good at reading it, but I love writing it. Singers like Jill Scott and Karen Dalton are amazing; proper poets.”

“My debut album is about being between 18 and 19; about love,” she continues. “‘Daydreamer’ is about this boy I was in love with, like proper in love with. He was bi and I couldn’t deal with that. All the things I wanted from my boyfriend, he was never going to be. I get really jealous anyway, so I couldn’t fight with girls and boys. It’s quite a sad album, [with songs about] being cheated on and not getting what you want”.

Anchoring it all together is ADELE’s incredible voice. As immediate as it is undeniable, its power is matched only by her Force 10 personality. “I’ve always liked being the centre of attention, yes,” she laughs.

ADELE is from a resolutely un-musical family. “It all comes from impersonating The Spice Girls and Gabrielle,” she cheerfully explains. “I did little concerts in my room for my mum and her friends. My mum’s quite arty; she’d get all these lamps and shine them up to make one big spotlight. They’d all sit on the bed.” Later, when her dad’s best friend, a dance producer, rightly declared ADELE’s voice ‘wicked’, he invited her to record a cover of ‘Heart Of Glass’. The first time she got a microphone in her hand, she realised her calling.

Secondary school proved instructive in as much as it gave ADELE an outlet to “meet all the R&B kids” and “sit around the playground singing.” But it was a pretty rough place and pursuing music there was something of a challenge, on account of the fact that ADELE wanted to sing and perform her songs but “the teacher was a bit rubbish. They gave me a really hard time, trying to bribe me, saying that if I wanted to sing I had to play clarinet to sing in the choir. So I left.”

So ADELE upped sticks, signing up to The Brit School, the Selhurst college whose alumni number Amy Winehouse, members of The Feeling and Kate Nash. However she had her misgivings…

“If I hear someone’s from stage school I’d think they were a dickhead, and I know it might make me sound like that. But it had free rehearsal rooms and free equipment and I was listing to music all day, every day for years. The music course was really wicked. There was no dancing or anything like that. No jazz hands.”

During her second year, ADELE’s resolve to be a singer was given a little extra boost – Shingai Shoniwa, the turbo-lunged vocalist with The Noisettes moved in next door. “She’s an amazing singer. I used to hear her through the walls. I’d go round and we’d jam and stuff like that. Just hearing her and her music really made me want to be a writer and not just sing Destiny’s Child songs. ”

Despite being quick off the mark on MySpace – her friend set up a page for ADELE’s music on the last day of 2004 – it wasn’t until 2006 that labels started noticing her talent. “I’d hate people to think that I was a ‘MySpace singer’,” she says. “I’ve got no right to be that. I’ve got, like, 10,000 ‘friends’, whereas Jack Peñate’s got about one million…”

When XL called her in for a meeting, ADELE was nervous enough to take a chum with her.
“I never, ever thought I’d get signed. The A&R guy emailed me and I was ignoring it… I didn’t realise they [XL] did all these amazing names…”

Despite interest from plenty of other labels, the independent regarded for its one-off, defining acts (for rock band, see The White Stripes; for rapper, see Dizzee Rascal) proved the perfect match for her one-off talent, and XL will put out ADELE’s stunning debut album “19” early next year. A single, the beautiful heartbreaker, ‘Chasing Pavements’ will precede it.

Before that comes ADELE’s debut release on Jamie T’s Pacemaker Recordings label, ‘Hometown Glory’ – a stunningly evocative picture of “all my fondest memories of London”. ‘Daydreamer’, a remarkable ballad notable for lyrics like ‘feeling up his girl like he’d never felt her figure before’ and ‘he could change the world with his hands behind his back’ has already floored the audience on the prestigious ‘Later With Jools Holland’.

“I don’t know what’s going to happen if my music career goes wrong,” she laughs. “I haven’t had a proper job yet.”

Consider that one unlikely turn of events.

“As soon as I got a microphone in my hand, when I was about 14, I realised I wanted to do this,” she says