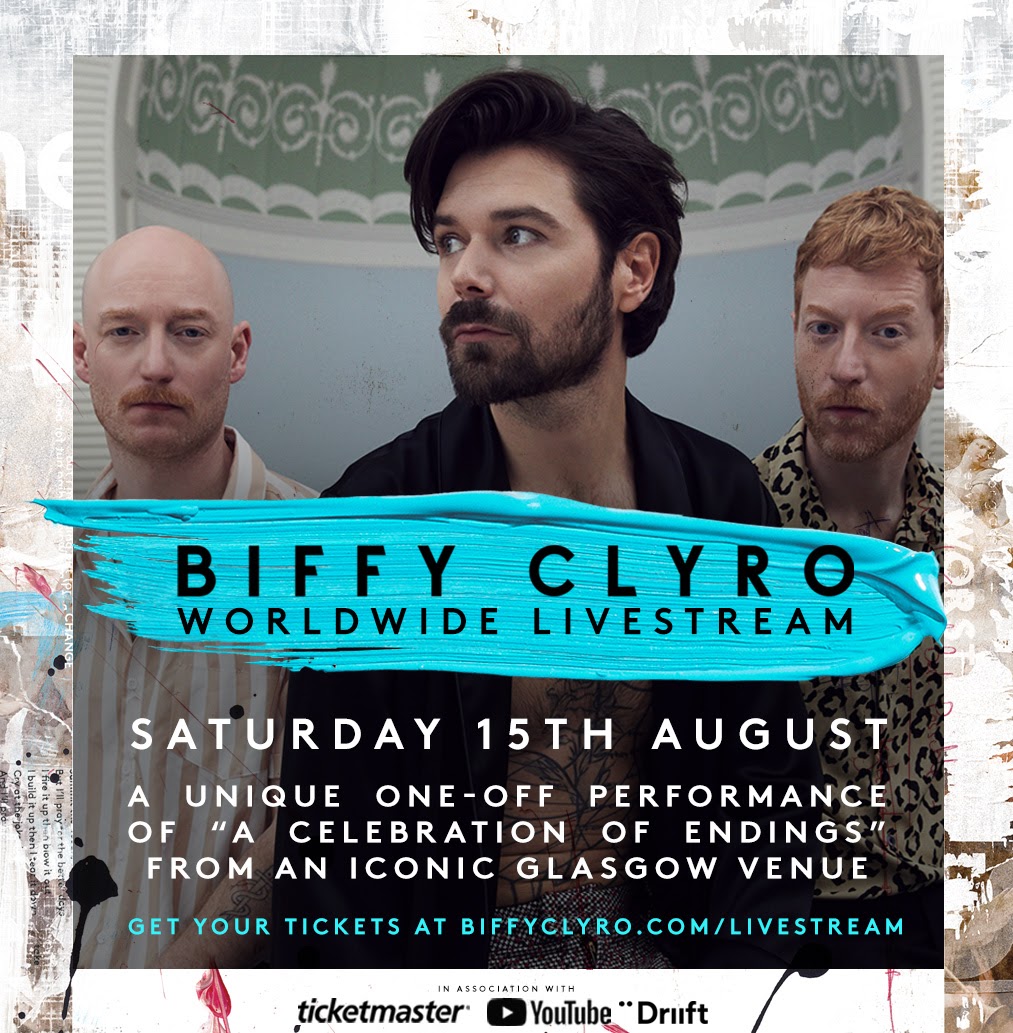 Biffy Clyro have announced a special livestream performance to celebrate the forthcoming release of their new album ‘A Celebration of Endings’.

The trio’s next studio album is set for release on August 14, and is the direct follow-up to 2016’s ‘Ellipsis’.

Biffy will celebrate ‘A Celebration of Endings’ the day after its release (August 15) by playing the album front-to-back during a livestream that will be broadcast online from “an iconic Glasgow venue,” according to a press release.

“They won’t be confined just to the stage, as with no audience in the room, they will take full creative advantage of the extra space they’ll have within the venue,” the statement continues. “The band will perform across different set ups within the venue to create a unique and truly special experience that reflects the musical journey of ‘A Celebration of Endings’.”

Biffy will also play a number of other songs from across their back catalogue during the soundcheck for their ambitious set, which will be broadcast as part of the livestream.

The show will be streamed globally via YouTube, with tickets (priced at £16) going on sale from Friday (July 24). CD and vinyl album/ticket bundles will also be available to buy.

“We are really excited to launch ‘A Celebration of Endings’ with such a unique and ambitious live performance from one of our favourite venues,” frontman Simon Neil said. “We would love to be playing live shows to our fans across the world, but as this is not possible we are going to bring the biggest Biffy album launch imaginable direct to your living room.”