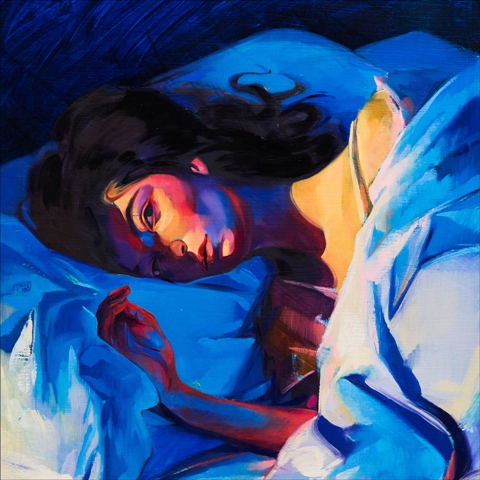 Quick question: What’s the most impressive thing about Lorde?

Take a breath, because there’s really no wrong answer here. You could say it’s her prodigy status and how quickly and thoroughly she achieved her international success: when “Royals,” her debut single, hit No. 1 on the Billboard Hot 100 chart in October 2013, Ella Yelich-O’Connor was 16 years old, making her the youngest solo artist to reach the top of the chart since Tiffany in 1988.

You could nod to her singular style, previously a strain of dark pop defined by its sparseness, programmed beats, slower tempos and swirling hooks, all anchored by a voice that can rattle off details ("gold teeth, Grey Goose, trippin' in the bathroom, bloodstains, ball gowns, trashin' the hotel room") and sprawl out in space (“And we’ll never be rooooyals") with the same fortitude. Since her debut project Pure Heroine -- which has sold 1.66 million copies to date, according to Nielsen Music -- was released nearly four years ago, its sound has helped define top 40 thanks to smashes by The Weeknd, Alessia Cara and Tove Lo, among others.

Or maybe it’s her consistency: Pure Heroine remains a 10-track opus bursting with ideas about love, loneliness and lack of representation within modern music, while most of Lorde’s non-Heroine material — her Hunger Games single “Yellow Flicker Beat,” her Disclosure collaboration “Magnets” -- is just as textured and carefully orchestrated. Some of Lorde’s songs are better than others, but they’re never phoned-in or forgettable.

So, again, really no wrong answer here. But with “Green Light,” a comeback single that barges into your heart on its first play, Lorde makes a good case that her songwriting, above all else, is her strongest asset.

Co-penned by Jack Antonoff -- the Bleachers/fun. whiz who’s quickly becoming the John Stockton of the 2010s with all of these immaculate assists -- “Green Light” is towering because of the tiny details surrounding its euphoric hook, moments and memories carefully stacked upon each other. Working with a different key collaborator (Antonoff here steps in for Pure Heroine writer/producer Joel Little), Lorde reminds us with “Green Light” that she was born to create pop lyrics meant to blossom beautifully on headphones and explode into chants at packed festivals.

“Green Light” is ostensibly a breakup song, but it’s less about the screaming match than the nebulous emotions that follow. There are open wounds -- “I know what you did, and I wanna scream the truth,” Lorde seethes. But there’s also an acceptance of longing, as the chorus is constructed around Lorde admitting that she’ll “come get my things, but I can’t let go.”

In the middle of those two feelings exists an awkward stride into an uneasy new reality, with the narrator waking up in unfamiliar places and missing the intimacy that has evaporated. “I hear sounds in my mind/ Brand-new sounds in my mind,” goes the pre-chorus, as the piano gets paired with a throbbing beat. Here, Lorde sounds neither excited nor crestfallen but cautious, her voice descending as she tiptoes into the future that she did not count on. On her most club-ready hook to date, the freshly minted 20-year-old has never sounded more vulnerable.

Of course, this endeavor into the unknown sounds effortless; like Lorde’s best songs, “Green Light” lands like a sucker punch on the first listen, and different details emerge on the 20th. Witness the duality of the first verse’s opening line (“I do my makeup in somebody else’s car”) and the second verse’s opening line (“Sometimes I wake up in a different bedroom”). The image presented by the line “Did it frighten you/ How we kissed when we danced on the light-up floor?” is immediate and overwhelming, a burn so evocative that it’s hard to move on from.

And then there’s the title, heard only when a chorus of mini-Lordes plead, “I’m waiting for it, that green light, I want it!” Within the context of the rest of the song, the words suggest permission to move on from the ambiguity of post-heartbreak instead of a pleasurable release. Here, Lorde wants a green light not to a destination, but away from a location she knows too well.

“Green Light” has a structure, sound and slithering hook that all make it catnip for top 40 radio; based solely on a few hours of social-media reaction and real-time metrics, Lorde’s comeback is being universally welcomed. Yet “Green Light” is the sound of an artist entering adulthood and her ability as a pop auteur growing (quite spectacularly) along with her. Pop fans constantly yearn for this marriage of Big Moment and gorgeous nuance. With the first taste of sophomore album Melodrama, Lorde has entered her prime and hit her mark.