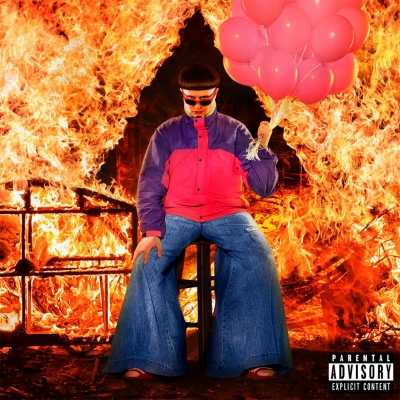 These chart debuts follow a busy week in Oliver’s bizarre and game-changing journey of gifting the world with ‘Ugly is Beautiful.’ Not only did he break the Guinness World Record for building the world’s largest kick-scooter (which he crashed), he also partnered up with his 90’s punk heroes blink-182 for a rework of his song “Let Me Down,” which debuted at #24 on Billboard’s Hot Alternative Songs Chart. He also entered a screaming match with The Needle Drop’s Anthony Fantano on Twitch, and he was called “dense and unappetizing, like a Twinkie squashed under hot car cushions for weeks” by Pitchfork in a deliciously scathing review.