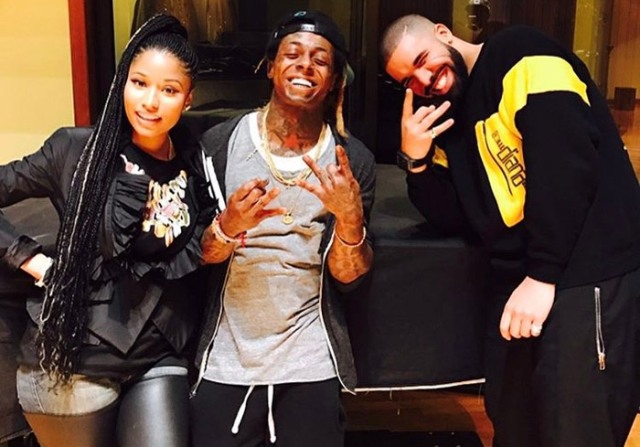 Earlier this month, Nicki Minaj shared three new songs. Now, she’s shared a new video for one of them: “No Frauds,” which features Drake and Lil Wayne. Watch it below. Directed by Benny Boom, the video features Nicki cavorting around London in an elaborate headdress, before meeting up with Drake and Wayne. Despite reports that shots of the Westminster Bridge would not be included in the video following last month's terrorist attack, footage of the bridge does appear in the video after all.

The song infamously blasts rapper Remy Ma, who released two diss tracks—“Shether” and “Another One”— that took shots at Minaj.

And no, still no word on if “No Frauds” will be on Nicki's next album.