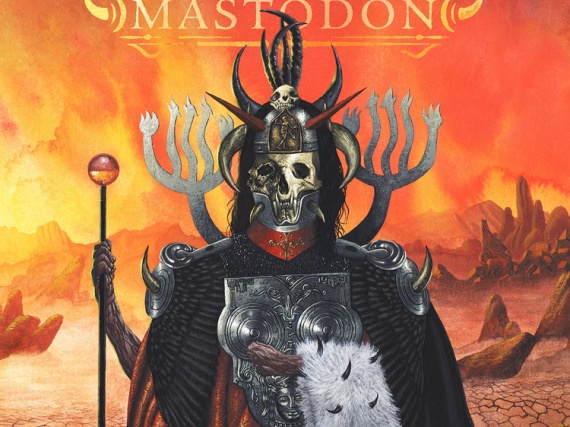 Mastodon have announced a new album, Emperor of Sand. The follow-up to their 2014 LP Once More ’Round the Sun will arrive March 31 via Reprise Records. The deluxe pre-order package includes a 2xLP 180-gram vinyl that comes in gatefold jacket, along with a second Color-In-Your-Own vinyl jacket and a box of Mastodon colored pencils. Find the tracklisting and cover art below, along with the album’s first track, “Sultan’s Curse.” Since their last album, members of Mastodon have joined several supergroup projects (Gone Is Gone, Giraffe Tongue Orchestra). Earlier this year, it was announced the band would be going on tour with Eagles of Death Metal and Russian Circles.