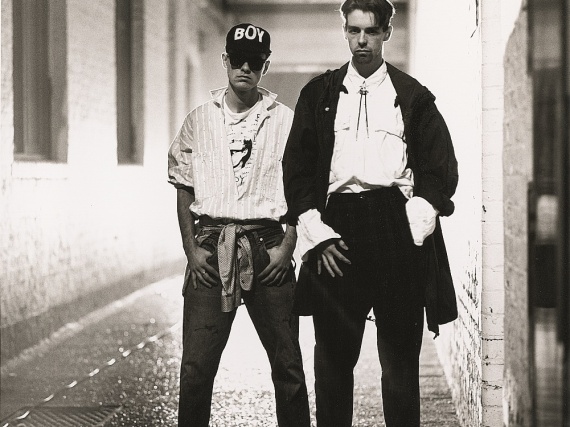 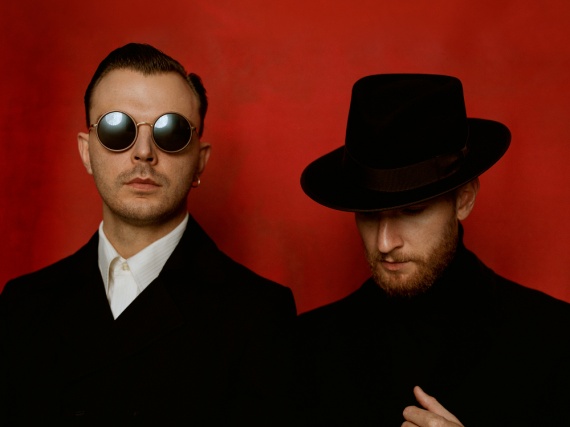 THE LANDMARK SERIES OF REISSUES OF THEIR PARLOPHONE STUDIO ALBUMS

Pet Shop Boys will release the second set of albums in their definitive ‘Catalogue: 1985-2012’ series of reissues of all their Parlophone studio albums. This second set sees the PSB albums ‘Yes’ from 2009 and ‘Elysium’ from 2012 reissued on October 20th. Both titles have been remastered and are accompanied by ‘Further listening’ albums of master quality bonus tracks and demos created in the same period as each album, as well as Pet Shop Boys’ own remixes of their tracks, including some previously unreleased material.

Both albums will be packaged with an extensive booklet in which Neil Tennant and Chris Lowe discuss each song, illustrated with many archive photographs. The entire project is designed by Farrow.

‘Yes’ was produced by Brian Higgins and his production team Xenomania. The record debuted at number four on the UK Albums Chart upon release and was nominated for Best Electronic/Dance Album at the 2010 Grammy Awards. This expanded version of the album features guests including The Human League’s Phil Oakey, who shares vocals with Neil Tennant and Chris Lowe on ‘This used to be the future’.

Johnny Marr also appears on ‘Yes’, his guitar work featuring on several tracks including the single, ‘Did you see me coming?’. The album’s lead single and UK Top 20 hit, ‘Love Etc.’, became PSB’s ninth number one hit on Billboard’s Hot Dance Club Songs chart in the USA, breaking the record for most chart-topping singles by a duo or group on the Billboard Dance Chart.

This reissue of ‘Yes’ includes - alongside the remastered original album - Pet Shop Boys’ previously unreleased monitor mix of ‘The loving kind’, a song which became a Top 10 hit for Girls Aloud, as well as previously unreleased demos of songs from the 2010 Young Vic theatre production, My Dad’s A Birdman. PSB mixes of ‘Did you see me coming?’, ‘The former enfant terrible’ and more are also included. Full track-listing for the reissue of ‘Yes’ below:

‘Elysium’, originally released in 2012, was seen by some as a shift in sound and direction for Pet Shop Boys. Writing for the album began whilst PSB were on tour with Take That, with some tracks dating as far back as 2008.

The album was co-produced by PSB with Andrew Dawson, who engineered much of Kanye West’s album ‘808s & Heartbreaks’, a record which Neil Tennant had become ‘mildly obsessed’ with at the time. The darker lyrical themes of ‘Elysium’ are reflected in the record’s sound. Neil Tennant said: ‘It is deep in terms of the sound—got a lot of sub-bass—it's sort of deep in terms of subject matter, the way it's expressed. But I think it's the Pet Shop Boys' most beautiful album.’

The ‘Further listening’ album of additional material alongside this ‘Elysium’ reissue features previously unreleased demos entitled ‘Vocal’, ‘She pops’ and ‘In slow motion’, as well as PSB mixes and remixes of ‘Leaving’ and ‘Memory of the future’. Full track-listing for the reissue of ‘Elysium’ below:

The ‘Catalogue: 1985-2012’ reissue series began earlier this year on July 28th with the release of ‘Nightlife’, ‘Release’ and ‘Fundamental’ which all entered the Top 40 album charts. The reissues will continue until all PSB Parlophone albums have been released with ‘Further listening’ albums:

The reissues of ‘Please’, ‘Actually’, ‘Introspective’, ‘Behaviour’, ‘Very’ and ‘Bilingual’ were originally released with bonus ‘Further listening’ albums in 2001 and are being newly remastered with their original track-listings for this project. 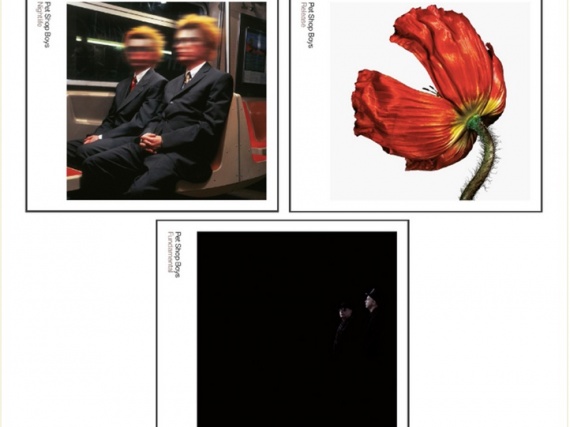 THE FIRST ALBUMS REISSUED WILL BE ‘NIGHTLIFE’, ‘RELEASE’ AND ‘FUNDAMENTAL’, OUT JULY 28TH

Pet Shop Boys are pleased to announce ‘Catalogue: 1985-2012’, a very special series of reissues of all their studio albums released on Parlophone. This definitive edition will feature each album from the duo’s peerless discography on the label, remastered and accompanied by ‘Further listening’ albums of master quality bonus tracks and demos created in the same period of time as each album, as well as Pet Shop Boys own remixes of their tracks. Many tracks are being released for the first time. Each album will be packaged with an extensive booklet in which Neil Tennant and Chris Lowe discuss each song, illustrated with many archive photographs. The entire project is designed by Farrow.

The reissue series begins on July 28th, with the release of three very different-sounding PSB albums: ‘Nightlife’, ‘Release’ and ‘Fundamental’.

‘Nightlife’, their darkly orchestrated collaboration with producers Rollo, Craig Armstrong and David Morales, originally released in 1999, is reissued with two ‘Further listening’ CDs, including exclusive, unreleased tracks such as ‘Tall thin men’ and ‘For all of us’ and demo versions of ‘Vampires’, ‘Call me old-fashioned’ and ‘Radiophonic’. Full track-listing for the reissue of ‘Nightlife’ below:

Also seeing a remastered reissue will be the album ‘Release’, featuring Johnny Marr on guitar, which entered the top ten in the UK album charts on its release in 2002. It also comes with two ‘Further listening’ albums of additional tracks, including unreleased songs ‘Motoring’, ‘The night is a time to explore who you are’, ‘Run, girl, run’ and ‘Reunion’, as well as previously-unreleased John Peel versions of ‘A powerful friend’ and ‘If looks could kill’ and a previously-unreleased cover version of Gilbert O’Sullivan’s ‘Alone again, naturally’ featuring Elton John. Full track-listing for the reissue of ‘Release’ below:

The third PSB album to feature in this first batch of reissues is ‘Fundamental’, their magnificent Trevor Horn-produced album which made the top ten in 2006. As well as the remastered original album, there’s a 22-track ‘Further listening’ album of additional material including demos of unreleased songs such as ‘Ring road’, ‘One-way street’ and ‘Dancing in the dusk’, alongside previously-unreleased mixes and remixes. Full track-listing for the reissue of ‘Fundamental’ below:

This first batch of releases will go on sale on July 28th and the pre-order starts today with the track ‘For all of us’ from ‘Nightlife Further listening’ available for immediate download.

The remastered original single albums will also be reissued on 180gm heavyweight vinyl and made available on streaming services on July 28th.

Pre-order the first three ‘Catalogue’ releases at this link: https://rh-ino.co/psbmp

The ‘Catalogue’ reissues will continue over the next year until all PSB Parlophone albums have been released with ‘Further listening’ albums:

The reissues of ‘Please’, ‘Actually’, ‘Introspective’, ‘Behaviour’, ‘Very’ and ‘Bilingual’ were originally released with bonus ‘Further listening’ albums in 2001 and are being newly remastered with their original track-listings for this project. 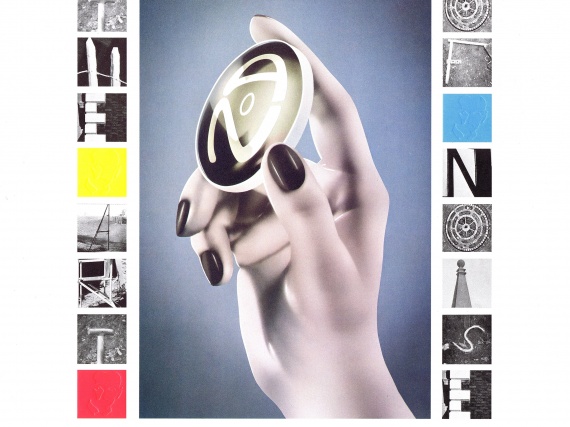 The Art Of Noise - "In Visible Silence Deluxe"

The Art Of Noise 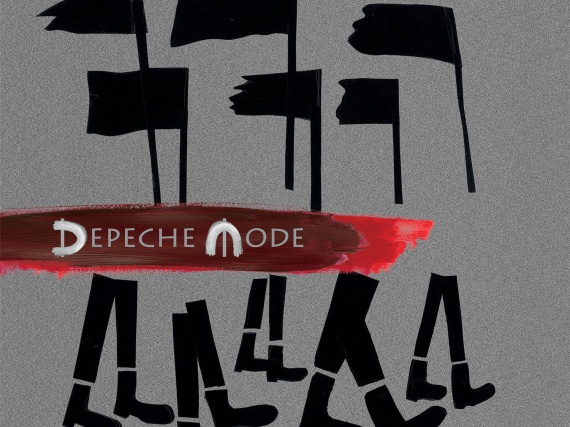