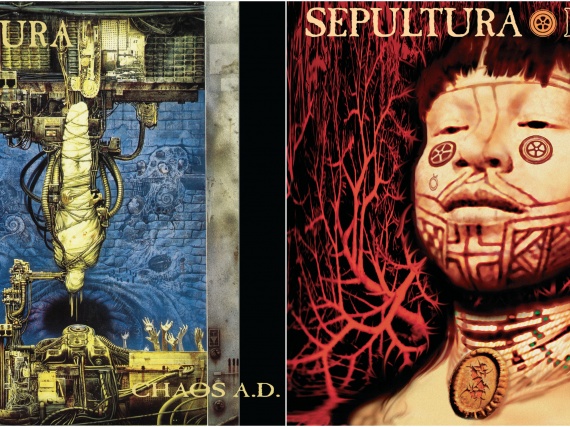 Sepultura are one of the pioneers of Brazilian metal, and one of the genre’s most influential bands. A collection of their early albums is being released Jan. 27 via Rhino Records.

Those early albums featured Max Cavalera on vocals. He spoke with Loudwire’s Jon Wiederhorn about Roots back when the album was released. “We decided to do an album that expanded what we started on Chaos A.D.,” Cavalera said. “We had already used this unusual percussion with heavy music, and it worked out really well so we thought we could do more with it. That’s why we brought Brazilian musician Carlinhos Brown into the scene. He’s a mad, magic kind of guy.”

Cavalera continues, “It’s an angry, weird album that incorporates so many different kind of things, “Cavalera said. “It really has its own identity and I don’t think we could ever repeat this album again even if we tried.”

A couple weeks before the box set is unveiled, the current incarnation of Sepultura will release their latest album Machine Messiah Jan. 13. They’ll also be hitting the road for a tour with Testament and Prong beginning April 6 in Albuquerque, N.M.